Question: Guess how to the error below related to the problem.

err: Failed to apply catalog: You cannot specify more than one of content, source, target at ...

Thanks to my coworker, Greg for those.

Then, take a look at Citadel and Barbican:

https://github.com/balanced-cookbooks/citadel
- IAM RBAC
- Specifically designed to use S3 (and compatible with O3)
- Significant limitations (systems can have only one IAM role)

In my case the problem is caused by the two things:
1. JacksonMessageBodyProvider is annotated with a too generic of a media mapping (*/*)
2. Dropwizards io.dropwizard.views.ViewMessageBodyWriter is annotated of same mapping and is getting a higher priority

The workaround is simple:

1. Define a dummy provider inheriting from the Jackson's one

2. Register it with your dropwizard

I love test kitchen it makes infrastructure as a code even more testable and reproducible, yet some things are not that smooth yet, still after some googling they're possible. Let me save you some time then :)

At the time of writing latest test kitchen is v1.1.1 and it includes no preinstall/postinstall commands(although, I've seen some PR's on github making that happen). Until then you'll need to do the following:

1) Create a cookbook in your test folder
2) Add a recipe setting up environment for you, e.g.:

4) Don't forget to verify the outcome

5) The magic! Add the following to your Berksfile, otherwise nothing will work

Debugging rspec_puppet tests can be somewhat painful, so you can use the following:


It has two effects:

Previously to do this, I've refactored everything shared into a separate module, something like this: 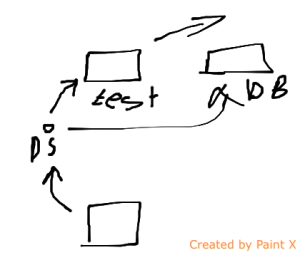 Fortunately, there's another one trick. Project tests may be packaged(and reused as a separate artifact on their own):
https://maven.apache.org/guides/mini/guide-attached-tests.html

How is that possible that the following expression causes no visible effect when exectued?

Recently, I've spent quite a while working around a DB schema where a primary key was natural one(a carefully chosen field from the domain). And still we'll need a migration to make the thing look good. Let me summarize the aspects:

We hit both points from the above because PK was a key supplied by an external system. Please don't.